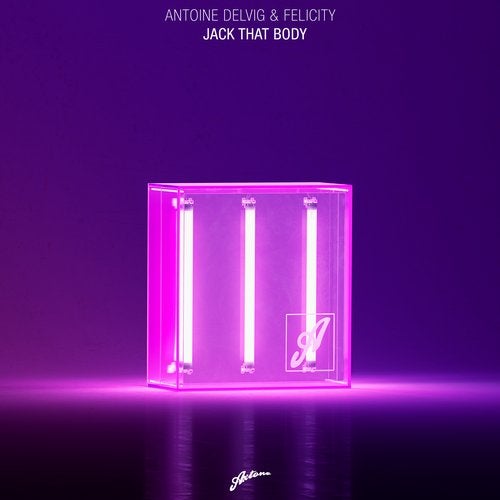 France’s Antoine Delvig returns to Axtone records, this time bringing a young Swede to the label, rising star Felicity with the partnership delivering a futuristic festival track for 2018 and beyond.

While he has since gone on to play Axtone shows, Antoine also just made his debut on Kryder’s Sosumi Records with the long-awaited rework of ‘My House’ receiving heavy rotation from the legendary Bob Sinclar.

Having previously released on Musical Freedom, Revealed, Spinnin’ and Hysteria, in coming months the Frenchy with be appearing on Doorn and Martin Garrix’s imprint, STMPD. Felicity has been making waves himself both with remixes and originals featuring on Revealed, Armada and Flamingo records with his biggest release to date his collaboration with Ron Carroll ‘Heaven’. Along with this release, Felicity has tracks forthcoming on Mau5trap & Code Red.

To be fair, Felicity has made some pretty good big room progressive during his brief career. I wouldn't jump to the conclusion that this is another 'Disciples'.

I must be the only one here who actually likes "Disciples"

However, from this one, I'm expecting something similar to "Run" by Matt Nash. Felicity has done tracks like that before.
https://www.youtube.com/watch?v=dFfS2HM7E_s

To be fair, Felicity has made some pretty good big room progressive during his brief career. I wouldn't jump to the conclusion that this is another 'Disciples'.

Yea I was on hype train of this track when I saw Felicity's tracks. But then I noticed he released some Future House in the past so I'll just wait for a preview...
https://soundcloud.com/helderdiniz

Axwell played a Future Bass track on his instagram Stories about a week ago, saying that will be a future release on Axtone. Maybe is this one?

its called Jack That Body

u can listen here:
https://www.youtube.com/watch?v=kv03Ue1hNDw
48mins

will be the next release i think
More Life

u can listen here:
https://www.youtube.com/watch?v=kv03Ue1hNDw
48mins

will be the next release i think

I also associate some good progressive tracks with Felicity but this is another trashy track on Axtone.
Once it's released it'll be forgotten...

I remembering tweeting with Felicity and telling him he deserved Axtone or Size, this isn't what I meant.

Nothing But Love For You.